Our Nylon fabric goes by many names; Durawavez, Endura-Nylon, Perm-Nyl, or simply Nylon. Our Heavy-Duty Commercial Grade Dupont Solarmax material with Sunscreen.  The best nylon on the market! Perfect for flying outdoors, our 200-denier fabric allows for flyability in light breezes and the durable Lock Stitching extends the flags life longer than printed or even chain stitched flags. The quick drying of nylon allows for longer color retention! Our sizes vary between 12” x 18” all the way to a 50’ x 80’!! All flags are Made in the USA!

How to Choose a New Texas Flag

Here in Texas, “The Six Flags Over Texas” is well known; it’s taught in schools and we even have an Amusement Park commemorating those centuries. Not very many people know the history through the years though. Texas was inhabited by many different Indians before Spain, the first to rule over Texas. The Spanish had claimed possession of Texas, this comprised of land north of the Medina and Nueces Rivers all the way down to Mexico. The first European to see Texas was Alonso Álvarez de Pineda; and although he claimed it for Spain it was largely overlooked for about 160 years. The Spanish didn’t try to colonize the East of Texas until 1689, where they found evidence of the failed French colony Fort Saint Louis. In 1690, Alonso de Leó escorted several Catholic missionaries east of Texas where they established the first mission in Texas, Mission San Francisco de los Tejas. Later in 1691, the newly appointed Governor of Texas, made a trip from Mexico City up to Mission San Francisco where he had found a new mission that the priests had established; the problem was that they were having no luck with converting the natives. After several native tribes resisted the Spanish invasion of their homeland, the missionaries quickly returned to Mexico, abandoning Texas for the next 20 years. The Spanish started moving into southeastern Texas in 1716, establishing missions and a presidio along the way to act as a buffer between the Spanish territory and the French colonial Louisiana district of New France. Two years later, 1718, San Antonio was established as the first civilian settlement. San Antonio served as a way station between the missions and the next-nearest mission or settlement. In 1719, the War of the Quadruple Alliance started which pitted Spain against France; French troops immediately started moving on Spanish interests in North America. The most interesting “battle” that happened during this war was how 7 French men took control of mission San Miguel de los Adaes by convincing the lone defender to surrender and retreat. They were able to sway him by saying that troop of 100 French were already on their way; I can’t help but think that was a clever ruse. The new Governor of Texas at the time, then drove the French out of Los Adaes without even firing a shot! After this the Spanish had reopen 6 of their old missions in addition to the new mission and presidio in Matagorda Bay on the former site of Fort Saint Louis.

The Spanish weren’t just preoccupied with the French, they had problems with the Indians that had called Texas home. San Antonio was a target town for Lipan Apache raids; raids continued for 3 decades until a peace treaty was made in 1749, the treaty angered the enemies of the Apache and resulted in raids by the Comanche, Tonkawa, and Hasinai. The mission that the Apache requested the Spanish build on the San Saba River in this treaty was destroyed. There were few settlements located in Texas, but due the fear of Indian attacks, this discouraged many European settlers from moving. The attacks kept new settlements from being established until the Spanish and Comanche made a peace agreement around 1785. The Comanche helped the Spanish clear out a lot of the neighboring Indian Tribes, this almost decimated the Apache tribes and by the turn of the 18th century a lot of the raids had died down. The Spanish also gave Louisiana back to France for their own gains. France later sold Louisiana to the United States. Jefferson claimed that Louisiana stretched west to the Rocky Mountains and included the watershed of the Mississippi and Missouri River; the southern border would end at the Rio Grande. Spain would argue that Louisiana’s border ended at the Natchitoches and didn’t include the Illinois territory. This would continue until 1819, when the Adams-Onís Treaty was signed giving Florida to the United States and giving Spain undisputed control over Texas. In 1821, Agustin de Iturbide pushed for Mexican Independence, successfully ending Spanish rule over Texas. 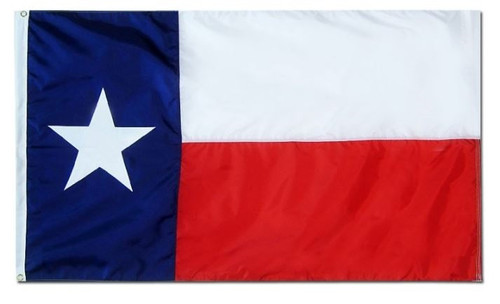