Material:
Nylon
Size:
4in X 6in

Near the end on the 1830 decade, Mexico started making it more and more difficult for Anglos to move to Texas. By rescinding the property tax law, which exempted immigrants from paying taxes for 10 years, this was supposed to curb the amount of immigrant Anglos coming into Texas. Other tactics used were an increase on tariffs and settlement contracts going from state controlled to federal. Colonies that did not have at least 150 inhabitants would be cancelled as well; among the affected colonies were the Galveston Bay and Texas Land Company, run by David G. Burnet, Lorenzo de Zavala, and Joseph Vehlein. While all these laws were being enacted many Americans migrated illegally to Texas by the thousands. Americans thought they were being cheated out of Texas; many land speculators believed they could make fortunes in Texas. In 1827, American president John Quincy Adams offered Mexico $1 million for Texas. Mexican president Guadalupe Victoria refused. President Jackson tried to buy Texas from Mexico 2 years later for $5 million; again, Mexico declined. The Convention of 1832 took place October in San Felipe; The colonists of Mexican Texas gathered delegates together in hopes to squash the secession belief and annex Mexico into allowing immigration from the United States into Texas, as well as the allowance to form a militia and independent statehood, more security against hostile Indians, and funding for education. This first convention was ruled as “illegal” by political chief Ramón Músquiz, he annulled the resolutions put forth. The city council of San Antonio de Bexar drafted a new petition before delivering it to Mexico City; similar language as to the resolution put forth at the convention was used and then submitted through the proper legal channels. In December 1832, The Bexar Remonstrance was issued to Mexican Congress.

In January 1833, Santa Anna was elected president. As a result of this a second convention was held in April; with several new arrivals, Sam Houston being one of them. At this convention a draft constitution was commissioned for a new Mexican state of Texas, delegates were selected to represent Texas before the federal government. Stephen F. Austin was chosen to deliver the proposed constitution to the Mexican government. Austin pointed out that Texas had been given the permission to form a separate state and with a population near 46,500 it was justifiable to do so. The political chief of Bexar though, warned the government that the proposed “separate statehood” is just a ploy for the Anglos to join with the United States. Austin was arrested on November 21, 1833 on suspicion of treason; he was imprisoned for about a year. After this, Santa Anna did away with the Constitution of 1824 and became a monarch. Despite becoming a monarchy, the Mexican government attempted to address some of the Texans’ concerns. Article 11 was repealed, allowing American immigrants to flow into Texas again. Several months after the repeal, Coahuila y Tejas separated into 3 departments, San Antonio-Bexar, Brazos, and Nacogdoches. English was authorized as a second language along with 6 English-speaking Texan communities that were elevated to municipalities. Even though all these policies were put in place to appease the Anglo-Texans, it wouldn’t last long. With Santa Anna moving towards a more centralist view, he revoked the Constitution of 1824 and began consolidating power. This angered federalist all over the country who revolted and in May of 1835, Santa Anna would brutally crush a revolt in Zacatecas. Over 2000 noncombatants were killed, and with this it seemed a revolution was just around the corner.

Material Nylon
Size 4in X 6in 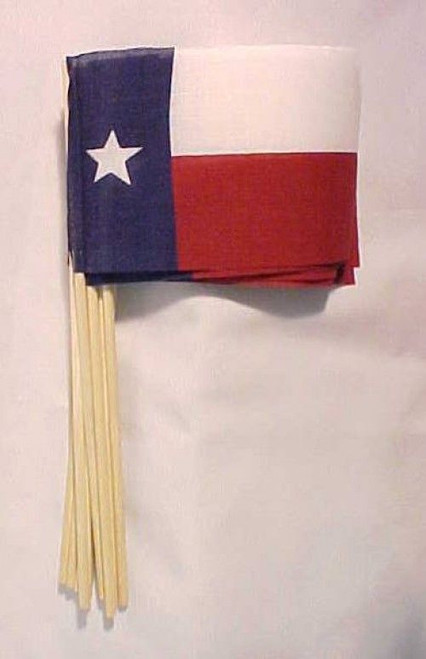