Coast Guard Nylon Appliqued Flag 3' x 4' with Pole Hem and Fringe. This flag is beautifully appliqued and sewn to government spec. For indoor and ceremonial use. Please allow up to 4 weeks to sew this flag.

The United States Coast Guard is the coastal defense, search and rescue, and maritime law enforcement branch of the United States Armed Forces. The Coast Guard is unique in that it has jurisdiction in both domestic and international waters. During peacetime they operate under the U.S. Department of Homeland Security; during times of war they can be transferred to the U.S. Department of the Navy. The Coast Guard wasn’t called the Coast Guard when it was created. Alexander Hamilton requested Congress form a seagoing service in August 1790, the U.S. Revenue Cutter Service. The Revenue-Marine primarily served by collecting customs duties at U.S. sea ports but were given mission opportunities as well, voluntarily and legislatively.

After the War of 1812, the sea power that the British and Spanish had in the Caribbean Sea and Gulf of Mexico had weakened significantly. This gave resurgence to piracy along the Gulf Coast. Revenue cutters were dispatched to fight the pirates. In 1820, there were 4 pirate ships captured by the USRC Alabama off La Balize. Later in 1822, with the help of USS Peacock and HMS Speedwell, the Alabama captured another 5 pirate ships. In 1832, the Secretary of the Treasury Louis McLane issued a written order to conduct winter cruises to assist mariners in need. This began the life-saving mission for which the Coast Guard is known for. 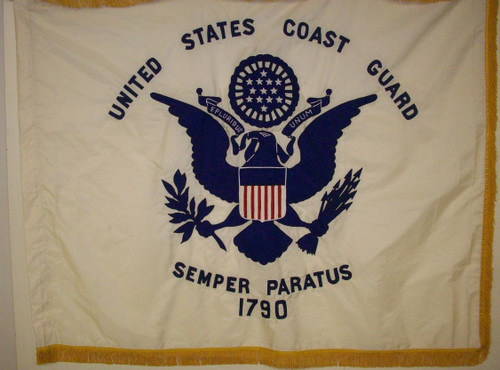